発表概要：
The interwar Japanese economy was unsettled by chronic banking instability, and yet the Bank of Japan (BOJ) restricted access to its liquidity provision to a select group of banks, BOJ correspondent banks, rather than making its loans widely available "to merchants, to minor bankers, to this man and to that man" as prescribed by Bagehot (1873). This historical episode provides us with a quasi-experimental setting to study the impact of Lender of Last Resort (LOLR) policies on financial intermediation. The econometric analyses show that the growth rate of deposits and loans was faster for BOJ correspondent banks than the other banks during the bank panic phase of the Great Depression from 1931-1932. Furthermore, the probability of closure was lower for BOJ correspondent banks than the other banks. To address the possible endogenous selection of BOJ correspondent banks, we also instrument it with a bank's geographical proximity to the nearest BOJ branch, which was a major determinant of a bank's transaction relationship with the BOJ at the time. This instrumental variable specification yields qualitatively similar results. Taken together, Japan's experience with LOLR policies during the Great Depression suggests that central banks' liquidity provisions play an important backstop role in supporting the essential financial intermediation services in time of financial stringency.

発表概要：
This paper empirically studies the determinants and consequences of mergers by combining data on the merger waves in the Japanese electricity industry with detailed plant and firm-level data. Our investigation on determinants of mergers reveals that mergers occur more likely between firms with grater difference in their asset composition and more overlaps in their operating markets. We then ask a question of such observed patterns are driven by cost efficiency and/or higher market power. Our analyses show that larger cost synergies arise when a merger happens among firms with greater differences in asset composition and/or more overlaps in their operating markets. Moreover, the former type of mergers is associated with improvement in asset utilization rates, whereas the latter type leads to higher prices through increasing market concentration. Though there may exist efficiency gain, consumer welfare may be hurt by higher prices, which suggest social welfare requires deep consideration. 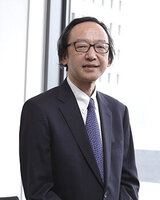