CIGS エネルギー環境セミナー "U.S. Energy and Climate Policy: the status, opportunities and challenges in the second year of the Trump Administration"

開催趣旨
The U.S. energy system is undergoing a dynamic transition. Oil and gas production continues to increase in the United States, turning the country into a major exporter of these hydrocarbon resources. Also, its electricity sector sees a big shift in fuel mix, pressuring the economics of power generation from coal and nuclear. What do these changes mean against the backdrop of the Trump Administration's energy agenda in its second year? How do they interact with developments in other major policy areas, such as trade and sanctions? Nakano's talk will present a concise update on U.S. energy production and export situation today, and consider key external and internal factors that can affect the future course of U.S. energy and climate policy.

講師紹介
Jane Nakano is a senior fellow in the Energy and National Security Program at the Center for Strategic and International Studies (CSIS). Her areas of expertise include U.S. energy policy, global market and policy developments concerning natural gas, nuclear energy and coal, and energy security issues in the Asia-Pacific region. She frequently writes and speaks on these issues at domestic and international conferences and to media around the world. She has also testified before Congress on U.S. liquefied natural gas (LNG) exports. Prior to joining CSIS in 2010, Nakano worked in the Office of Policy and International Affairs in the U.S. Department of Energy, where she covered a host of energy, economic, and political issues in Asia. From 2001 to 2002, she served at the U.S. embassy in Tokyo as special assistant to the energy attaché. Nakano graduated from Georgetown University's School of Foreign Service and holds a master's degree from Columbia University's School of International and Public Affairs. 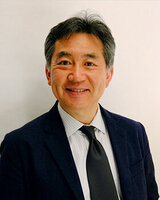 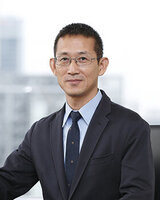