発表概要
The societies of advanced economies are facing similar demographic trends; there is aging across the board. However, the timing and the severity of demographic trends are quite different across countries and regions of the world. This suggests that capital movements in an open economy depend on asymmetric timing and extent of the aging of the populations. In turn, these capital movements have implications on the time path of factor prices. To the extent that retirement benefits are partially linked to wages, this mechanism adds to the needed fiscal adjustment to achieve fiscal sustainability. This force is maximized in a closed economy, general equilibrium setting, and, is totally absent in a small, open economy, partial equilibrium model. Actual economies are neither closed nor perfectly open, and depending on bilateral trade and capital flows, they may be closer to large, open economies.
This seminar develops a multi-region model to highlight the quantitative importance of this mechanism in studying fiscal sustainability in the Japanese economy. Japan is facing an unprecedented aging of its population that will see an old age dependency ratio reach 80% by 2050. Current Japanese fiscal policy is not sustainable and large adjustments need to be made to spending and/or tax revenues to achieve sustainability. If current benefits are maintained and a higher consumption tax is used to absorb the entire fiscal adjustment, then recent research calculates this new consumption tax rate to be in the neighborhood of 40-60%. Recent examples include Hansen and Imrohoroglu (2016), Braun and Joines (2017), and Kitao (2017).
Our model consists of Japan (J) and two regions; High-income (H) and Middle-income (M) regions. The two regions and Japan differ in their demographic trends, total factor productivity, and fiscal institutions. Our approach is to calculate a perfect foresight equilibrium transition path for the world economy from 2015 to a distant future steady state, characterize the capital movements across regions and their impact on fiscal sustainability in Japan in this open economy setting. We calibrate the initial steady-state using demographic and economic variables for the period 1990-2015 in the three regions, and we assume that all demographic and TFP parameters in the three regions converge to the same values by 2200, thus all regions converge to the same balanced growth path some time after 2200. We then let our world economy transition between the two steady-states, by imposing the path of projected mortality, fertility and female participation rates, and under assumption about likely fiscal responses.
Note that the amount of foreign assets in the open economy is determined by the size of the economies and differences between the open economy interest rate and the closed economy interest rates. When the open economy interest rate is higher, the country/region will have a positive net wealth position against the world. Our initial quantitative findings indicate that foreign assets owned by Japanese residents will start to decline (around 2020), the capital flows will turn negative. Japan will remain a creditor against the rest of the world until around 2060, when it starts to borrow from the rest of the world. After late 2050s, M will be the lender to the rest of the world. 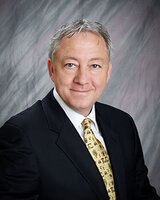 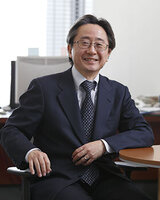