Robert N. Stavins is Albert Pratt Professor of Business and Government, Director of Graduate Studies for the Doctoral Programs in Public Policy and in Political Economy and Government, Cochair of the MPP/MBA and MPA/ID/MBA Joint Degree Programs, and Director of the Harvard Environmental Economics Program. He is a Research Associate at the National Bureau of Economic Research, a University Fellow of Resources for the Future, former Chair of the U.S. Environmental Protection Agencys Environmental Economics Advisory Board, and a member of the editorial councils of scholarly periodicals. His research has examined diverse areas of environmental economics and policy and has appeared in a variety of economics, law, and policy journals, as well as several books. Stavins directed Project 88, a bipartisan effort cochaired by former Senator Timothy Wirth and the late Senator John Heinz to develop innovative approaches to environmental problems. He has been a consultant to government agencies, international organizations, corporations, and advocacy groups. He holds a BA in philosophy from Northwestern University, an MS in agricultural economics from Cornell, and a PhD in economics from Harvard.

Robert C. Stowe is Executive Director of the Harvard Environmental Economics Program and Manager of the Harvard Project on International Climate Agreements, both University-wide programs based in the Harvard Kennedy School. From December 2003 through June 2009, he was Associate Director of the Science, Technology, and Public Policy Program and the Energy Technology Innovation Policy Research Group, in the Kennedy School's Belfer Center for Science and International Affairs. Rob has worked in non-profit, academic, and business organizations, including as Vice President of Programs of the Citizens Network for Foreign Affairs, which provides assistance in agriculture and agribusiness to developing countries, and Human Factors International, one of the world's leading firms in the field of software and Web usability. He has consulted to the World Bank and other organizations on agricultural management projects in Uganda, Russia, and Ukraine. Rob holds a Ph.D. in political science from the Massachusetts Institute of Technology and an A.B. in physics from Harvard College. 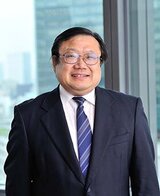