CIGS・Stimson共催ウェビナー 「The Road Ahead: The Post-COVID-19 International Order」


ウェビナー概要
Join us for a conversation on international security in a time when the nature of the global system is in uncertain flux. As the COVID-19 pandemic spreads, with over two million confirmed cases worldwide, the impact on the lives of everyone on the planet is undeniable. How will the changes occurring today--from the slowing of the global economy to the billions of people altering their daily habits--affect the international order after the crisis is over?

Ellen Laipson, Distinguished Fellow and President Emeritus, Stimson; Director of the International Security Program, George Mason University
Ellen Laipson is a Distinguished Fellow and President Emeritus of Stimson and Director of the International Security Program at George Mason University. Laipson joined Stimson in 2002, after 25 years of government service. Her last post was Vice Chair of the National Intelligence Council (1997-2002). She also served on the State Department's policy planning staff and was a specialist in Middle East affairs for the Congressional Research Service. She is a member of the Council on Foreign Relations, and serves on the International Advisory Council of the International Institute of Strategic Studies. She served on the board of the Asia Foundation (2003-2015). She was a member of President Obama's Intelligence Advisory Board from 2009-2013, and sat on the Secretary of State's Foreign Affairs Policy Board 2011-2014. Laipson has an M.A. from the School of Advanced International Studies, Johns Hopkins University and an A.B. from Cornell University.

Yuki Tatsumi, Co-Director, East Asia Program; Director, Japan Program, The Stimson Center and Senior Research Fellow, CIGS（Moderator）
Yuki Tatsumi is the Director of Stimson's Japan Program and Co-Director of the East Asia Program. Previously, Tatsumi worked as a Research Associate at the Center for Strategic and International Studies and as the Special Assistant for Political Affairs at the Embassy of Japan in Washington, D.C. In September 2006, Tatsumi testified before the House Committee on International Relations. She is a recipient of the 2009 Yasuhiro Nakasone Incentive Award and in 2012 earned the Letter of Appreciation from the Ministry of National Policy of Japan for her contributions to advancing mutual understanding between the United States and Japan. A native of Tokyo, Tatsumi holds a B.A. in liberal arts from the International Christian University in Tokyo, Japan and an M.A. in international economics and Asian studies from Johns Hopkins University SAIS. 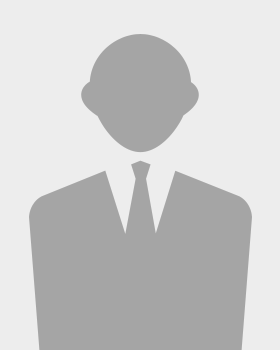