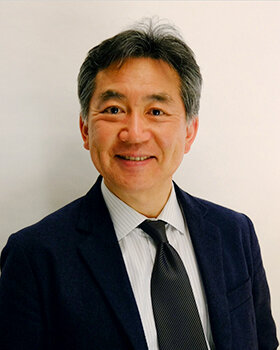 The Canon Institute for Global Studies (CIGS) hosted a seminar on May 27, 2016 inviting Dr. Sanjayan Velautham, Executive Director of the ASEAN Centre for Energy (ACE). This is the summary of speech.

The summary of speech

ASEAN, consisting of 10 nations, can be considered as a community of opportunities. Its total trade was $2.6 trillion in 2013, of which 25% was intra-ASEAN trading. It is a young society with a population of 625 million. The GDP of the total area grew with an annual rate of over 5% during the last 10 years, and is projected to grow with the same rate during the following couple of years. In 2015, the leaders of ASEAN nations declared what is known as the ASEAN Economic Community, which strives to set ASEAN as a single market and a production base for making it more economically diverse in terms of interacting with the global society.

ASEAN is also full of challenges. The biggest one is that more than 50% of its population lives in rural areas. Among them, 20% that amounts to nearly 100 million people do not have access to electrification.

ASEAN Centre for Energy (ACE) was established under the framework of ASEAN Summit. There are actually three arms under the ASEAN Secretariat. One talks about the political and security issues. The other is the economic community council and the third one is the social culture. The energy part of it sits in the second pillar and all the ministers come together to hold the ASEAN Ministers of Energy Meeting (AMEM). Just below that is a platform consists of all the Senior Officers Ministries of energy (SOME) in the 10 nations. ACE is sitting under the platform of SOME, and reports to the Governing Council that consists of the Secretary-Generals of the Ministries of Energy of the 10 nations. There are seven areas of focus under ACE.

ACE collaborates and does collaborations with many partners. One of it is basically through conducting capacity building in various areas of energy such as the energy challenges, renewable, energy efficiency, and so on. The collaborations are basically information exchange. Information exchange between our dialogue partners and international partners who have known a little bit better than us, who are well ahead of us, to sit down and build good practices and exchanges and these are done through workshops and things like that. ACE also conducts a little bit of the strategy and the analytics that can actually inject into the need of the ministers on certain areas of common challenges that are done within ASEAN.