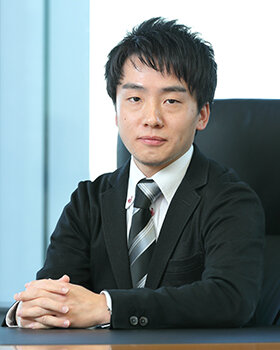 In the end of January 2016, the Japanese government decided to extend the period of the Japan Self-Defense Forces (JSDF) engineering unit dispatched to UNMISS, the United Nations peacekeeping operation (UN PKO) mission in South Sudan, till the end of October 2016. After the enactment of the peace and security legislation in last September, a focal discussion point in Tokyo was whether the assignment of "kaketsuke-keigo" (coming to the aid of geographically-distant units or personnel under attack [rescue missions]) and a relaxation of the rule on the use of weapons were contained in the changes to the JSDF's new implementation plan. This debate has not been concluded and the decision was postponed to the end of October as to avoid politicization in light of the upcoming Upper House election. This extension period should be a time to deepen discussion on how Japan should participate in UN PKOs under the new peace and security legislation.

As mentioned in my previous column, aside of cases for "kaketsuke-keigo" and use of weapons, JSDF's mission in South Sudan contains various measures for supporting and training of local governmental organizations. These measures include: 1) management of prisons, 2) establishment of parliament, administrations and legal institutions, and 3) reform of the military force.

South Sudan is on the road to nation building, and it is crucially important to establish a governing structure and national defense/security organizations. Especially, 3) military reform, will have a significant meaning. The South Sudan Army is almost identical to the Sudan People's Liberation Army (SPLA), a militia/armed group that fought for independence from Sudan and, following South Sudan's independence, became the national armed forces. Salva Kiir, the current President of South Sudan, was the head of the SPLA. Not just the border dispute with Sudan, but also the internal disorder following the failed coup attempt in December 2013 by forces loyal to Vice President Riek Machar, the former commander of the SPLA, were caused by conflicts over political power and economic rights, as well as an ethnic conflict, within the SPLA (between the Dinka (President) and the Nuel (Vice President)). In other words, trends within the SPLA are key to the stability of South Sudan. If the SPLA allows the citizen's militia to persist and remains a hotbed of conflict, the stability of South Sudan will be threatened from its very foundation.

If the JSDF unit dispatched to UNMISS can offer training to the SPLA on civil control, a fundamental element of a modern military, and can provide the support necessary to reform the SPLA from an army suppressing citizens to one protecting citizens, it will be a great contribution to preventing further conflict in South Sudan.

In terms of support for a national armed forces, the Ministry of Defense and the JSDF have lately been putting their efforts into education and training for armies in developing countries through what is known as "capacity building assistance." The purpose of this JSDF's new effort is to enable "recipient countries themselves to stabilize and improve the international security environment." This overlaps with the meaning behind the aforementioned reform assistance provided to the SPLA. For instance, it is plausible that the JSDF units dispatching to UNPKO missions could implement "support for the establishment and reconstruction of the military force," and after the UNPKO withdraws the MOD and JSDF may be able to take over such support within the framework of "capacity building assistance." What if Japan provided continuous and effective support to South Sudan using these two efforts? There is currently no legal or capability problem that would arise should the JSDF engineering unit dispatched to UNMISS provide support to the SPLA for the establishment of its engineering unit. However, it seems that at this time the education and training of the SPLA are not being examined within the Japanese Government from the point of view of either the UN PKO Act or "capacity building assistance."

The current domestic discussion concerning the JSDF dispatch to UN PKOs is far too inclined toward adding "kaketsuke-keigo" to the new implementation plan. Unfortunately, the present discussion lacks balance and an examination of comprehensive peace support in South Sudan. Of course, capacity building assistance or UN PKO units are not a panacea, and this doesn't mean that any action is better than none. However, in South Sudan the trends within the SPLA are the key to future nation building. The education and training of national armed forces are beyond the scope of ODA support at present. Only the Ministry of Defense and the JSDF can provide support in this field. Now that the discussion regarding "kaketsuke-keigo" in South Sudan mission has been put off, it may be a good opportunity to rethink the principle of Japanese international cooperation in light of the upcoming Upper House election. This extension period should be a time to deepen discussion.

(This article was translated from the Japanese transcript of Dr. Honda's column.)