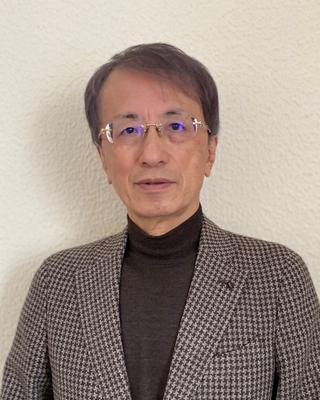 Health Technology Assessment refers to "a multidisciplinary field that addresses the clinical, economic, organizational, social, legal, and ethical impacts of a health technology, considering its specific healthcare context as well as available alternatives, and also the process of developing plans that utilize the evidence in health policy." It is generally referred by its acronym, HTA.

Australia and Canada were the first in the world to incorporate HTA into policy at the beginning of the 1990s. Subsequently, the National Institute for Health and Care Excellence (NICE), established by the UK's Blair Administration in 1999, came to be the most well-known and influential in the world. The NICE established the basic format for a policy system that employs economic evaluation methods to make coverage and reimbursement decisions of health technologies in the National Health Service. Such a new wave has also reached Asia, and new HTA approaches similar to the UK NICE have already been adopted in South Korea, Thailand, and Taiwan.

Those four years, Japan has been raising discussions within the government to decide whether to introduce cost-effectiveness assessment into pricing/reimbursement decisions for health care technologies. Hints of this began with the Democratic Party's exploration of social security system reform in May 2011, and in May of the following year the first Special Committee on Cost-Effectiveness (SCCE) was set up under the Central Social Insurance Medical Council in the Ministry of Health, Labour and Welfare (MHLW).

Those developments were further clarified in the Abe Cabinet's 'Japan Revitalization Strategy' in June 2014 and a Cabinet decision was made to introduce cost-effectiveness methods for HTA. In light of this, the SCCE is now making the final policy to implement a new HTA program, beginning on a trial basis in April 2016 for drug pricing system.

As background to those developments, concerns exist about the severe outlook for social security finances accompanying the rapid advance of Japan's decreasing birthrate and aging population. The social security crisis will not be necessarily resolved solely by financial balance between in and out of the expenses. Patients' needs and demands for medical innovation, better drugs and medical devices keep growing as technologies advance despite the high costs. It imposes a difficult question on how we ought to resolve a dilemma between keeping sustainability of universal health insurance on the one hand and improving the outcomes and quality of health care with high costs on the other hand. The HTA approach is highly expected to work for resolutions.

The international societies pursuing the topics of HTA include the Health Technology Assessment international (HTAi), the International Society for Pharmacoeconomics and Outcomes Research (ISPOR), and the Society for Medical Decision Making (SMDM). To address the global spread of HTA to the regions in recent years, they are all attempting to boost their activities in the Asia-Pacific regions from each standpoint of the society. A recent development directly related to Japan is the appearance of HTAi in Tokyo in May 2016, which will be noted as, so to speak, the arrival of a new 'Black Ship.'

In light of that, a discussion titled with, "An Invitation to HTA and International Societies - Growing Interest in Asia and Japan" was held at the 4th University of Tokyo International HTA Symposium 2015 (November 2, 2015; co-sponsored by The Canon Institute for Global Studies (CIGS)). The goal was to invite the leaders of international societies related to HTA, and hold an introductory meeting prior to the HTAi's annual meeting in May 2016.

Dr. Iñaki Gutiérrez-Ibarluzea, head of the medical care innovation research department at the Basque Office for Health Technology Assessment, Basque Health Department, gave an address on HTAi, titled with, "HTAi, a global HTA society, current achievements and future initiatives," and explained that HTAi is a representative global society centered on specialists drawn from the government-affiliated HTA agencies in Europe and US. He also called for active participation in the upcoming HTAi 2016 Annual Meeting in Tokyo as a co-chair of the international program committee.

Dana L. Alden, professor at Shidler College of Business, University of Hawaii, gave a lecture titled with, "SMDM: Globalizing better health through better decisions." In it, he explained that the SMDM is an international society originating in the United States which undertakes research on the scientific methodology of decision-making in medical settings, and that the SMDM is also proactive about advancing into Asia and will hold its 2nd Biennial Asia-Pacific Conference in Hong Kong in January 2016.

Ritsumeikan University professor Kojiro Shimozuma, who is the president of the ISPOR Japan Chapter, provided additional remarks on "The mission and the role of ISPOR Japan Chapter." The present author, who is the chair-elect of the ISPOR Asia Consortium Executive Committee and a co-chair of the HTAi 2016 Tokyo Organizing Committee and also International Program Committee, presented a report on "Global strategy of ISPOR reaching out to Asia." In addition, in response to interest in the SCCE of Central Social Insurance Medical Council, Dr. Kaoru Manabe, Policy Planning Director of Medical Economics Division, Health Insurance Bureau, MHLW, reported on "Introduction of HTA into healthcare system in Japan."

Subsequently, the invited speakers appeared again in the panel discussion on "HTA as public policy: How could government, academia and industry cooperate?" It was moderated by professor Hideaki Shiroyama, Dean of the Graduate School of Public Policy at The University of Tokyo. Among the points raised were that: 1) the preparation of domestic responses (research, education, and cooperation on implementing the system) is still insufficient regarding the introduction of a new HTA system, 2) the lessons should be learned from Europe and the United States regarding the issue on conflicts of interest that tend to occur between industry, government, and academia, and 3) universities should perform a greater role for liaison between industry, government, and academia. In addition, it was noted that it would be required from here on to make efforts to establish broad social recognition on HTA, including patient involvement.

As can be seen, this symposium played a major role in clarifying the objectives and significance of the HTAi 2016 Annual Meeting which will be held at the Keio Plaza Hotel in Tokyo on May 10-14 2016. In the closing remarks, the CIGS President Toshihiko Fukui noted that this symposium presented a precious opportunity to know what we should learn for the choices of Japan from the experiences of HTA-related academic societies in the world. He eventually expressed his hope that more proactive discussions will be continued to take place from here on, and also that a health care reform in Japan will be achieved in a global perspective to make the system sustainable to the future.

Around 700 people from inside and outside Japan, including the world's renowned HTA experts, are expected to attend the HTAi 2016 Annual Meeting in Tokyo in May, and around 30 panel discussions, 30 workshops and a large number of oral and poster research presentations are scheduled to be held on three major themes: 1) Global Experiences in Universal Health Coverage, 2) Waste in Science: How Does This Affect the Perceived Value of Health Intervention?, and 3) Unlocking the Value Potential of New Technologies in Health Care. Additionally, with the cooperation of the MHLW, Ministry of Economy, Trade and Industry, the UN's WHO and UK NICE, three strategic panels are planned, inviting government officers who speak about the government perspectives and the Japan's new HTA system.

The HTAi 2016 Tokyo is not the only one regarded as a new 'Black Ship' coming up to Japan since the ISPOR 8th Asia-Pacific Conference is also coming to Tokyo in 2018. Accordingly, Japan will have opportunities to demonstrate the Japanese presence in global development of HTA in the near future. We hope that a new era of the HTA in Japan will be opened from here on.

(This article was translated from the Japanese transcript of Dr. Kamae's column.)