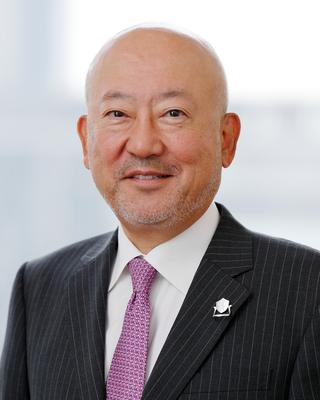 “A paradigm shift in the economy and society may be in the offing,” so wrote I in this column a year ago. The war in Ukraine now appears to be accelerating the paradigm shift.

First of all, the corona pandemic disrupted the global supply chains, raising both cost and risk in business. Accordingly, the prevailing business model in the U.S. and Japan has begun to change from a just-in-time business model of the past three decades to a just-in-case business model. In addition, geopolitical conflict between the U.S. and China has begun to hamper the globalized business by crimping the international mobility of goods, people, and capital and thus efficient allocation of resources. Furthermore, the governments of many countries stepped up intervention in their economies and increased fiscal outlays amidst the pandemic. In the U.S., even monetary policy was aimed at “inclusive economic recovery.” All these developments tended to tilt the aggregate supply-demand conditions toward inflation.

The war in Ukraine accelerates these movements. The war itself and the ensuing economic sanctions on Russia by the Western countries have curbed the international mobility of goods, people, and capital. Whereas the US-China conflict impeded the global supply of manufactured products, the war in Ukraine reduces the supply of grains, fossil fuel, lumber and other natural resources as well as disrupting transportation, finance and other services. Also, not only the countries concerned and those in their vicinity but many others have increased their defense budget.

A year ago the pandemic was expected to stimulate DX(digital transformation) in a wide scope, thereby raising the productivity of our economies. However, cyber-attacks have drawn attention in both the public and private sectors as the war in Ukraine has dragged on. An increased need for counter-cyber-attack policies and implementation is an extra burden for the world economy.

In retrospect, sustained world economic growth with low inflation began three decades ago, when the Cold War ended. As the East-West walls were torn down and China opened up its economy, the global economic frontier expanded and the resource allocation became dynamic. Internet, GPS, CG(computer graphics) and other formerly defense technologies were released to the private sector, which supported technological innovation during the past three decades. In the meantime, income/wealth disparity widened in the U.S. and immigration increased in Europe. Against this background, anxiety accumulated and tension increased beneath the surface of their societies, which erupted occasionally in the form of demonstrations like the Occupy Wall Street of 2011 and les gilets jaunes of 2018.

During these three decades Japan’s economy was lackluster, suffering from debt deflation in the 1990s and a genuine deflation thereafter. Under deflation, real interest rates were kept high, which put an upward pressure on the yen’s exchange rates and a downward pressure on equity prices, all combined, dampening business investment and other risk-taking activities while encouraging savings. To the extent that the monetary conditions restricted risk taking, Japan’s economy missed the opportunities for higher growth. Actually, there’s more to it. Slow economic growth with stable deflation sapped the vigor of society by penalizing the animal spirits of its people. In this circumstance distress accumulated so quietly that the society appeared to be stable on the surface.

The rest of the world had not been in deflation but in low inflation before 2021. The inflation dynamics has since undergone a drastic change and the new economic paradigm is being established. In a society under inflation people are susceptible to excitement and their grievance at times explodes in the form of actions taken to the streets like the scenes witnessed in the U.S., Europe and Japan between the late 1960s and early 1980s. For a more recent example, the Arab Spring of 2011 occurred in the wake of food and energy price rises. Now that the shift toward inflation accelerates in the world economy, a paradigm shift may become salient on the social front as well.