Dr. Kashiwagi gave a presentation on "The e-filing System of Japan" in the 52nd CIAT General Assembly

Megumi KASHIWAGI, Research Director of the Canon Institute for Global Studies (CIGS), was invited to the 52nd CIAT (the Inter-American Center of Tax Administrations) General Assembly: "World Class Tax Administration - Fostering successful relationships with key stakeholders both domestically and internationally," which was held from May 15 to 17 and gave a presentation at the Subtopic 2.3: Joint or simultaneous filing of tax declarations for national and provincial governments (VAT, CIT, PIT, others).

Abstract of the Speech
Japan's e-filing started in 2004. Our e-filing is basically separated between national and local governments excluding the VAT. There are four reasons.
・The differences in organization and law
・The differences in operation and budget
・The decline in the number of tax staff
・The Psychology of the Japanese people
Japan's e-filing is not perfect yet. We'd like to further improve it in the future. We'd like to unify e-filing, improve convenience for taxpayers and be more efficient.


In the Subtopic 2.3, the following topic was discussed after the presentation.
Question: What can other countries learn from Japan?
Answer: Gradual improvements are better than sudden changes.
Ideally Japan should have made a unified e-filing system from the beginning. At that time, however, nobody thought this way. Japan wanted to be a global leader in IT. The National Tax Agency had some good ideas and the Ministry of Internal Affairs had some good ideas but they didn't communicate to each other. The cabinet also did not take any initiative, and the public opinion was not considered.
Japan ended up making two separate e-filing systems. Now however it is becoming more efficient as tax payers request a more usable system.
Strong leadership would have helped our e-filing develop more smoothly.

Presentation by Megumi Kashiwagi
"The e-filing System of Japan"  PDF：1,160KB 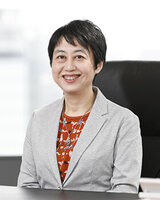