Can China overcome its barriers to gaining more financial power? 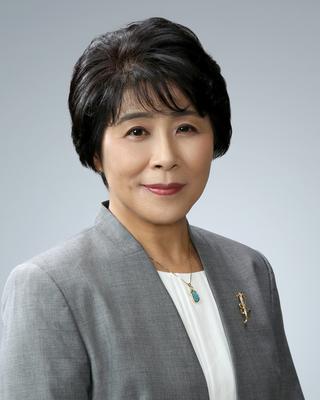 For more than 40 years after China set out to promote economic systems reform and an open-door policy, the country’s financial sector went through periods of serious economic overheating, saddled with huge nonperforming loans and experiencing violent fluctuations in stock prices. But it has incorporated market factors in stages and has generally supported economic growth through an abundant supply of funds.

However, China’s financial system reforms are only half completed. If China wants to secure financial power to match its status as the world’s second-largest economy, it has to clear some difficult hurdles.

First, it is necessary to get rid of domestic financial risks so that Beijing can build a foundation to facilitate financial marketization.

For China to shift its growth from quantity to quality after the end of a period of high economic growth, it needs to carry out the distribution of financial resources more efficiently. To do so, it is crucial to utilize market mechanisms.

In particular, its key challenge is to build a mechanism for setting interest rates that reflect the supply and demand of the market and the risks of fundraisers, as well as easing regulations on capital transactions to be consistent with the mechanism.

Yet, the People’s Bank of China (PBOC) and financial regulators have been taking a cautious stance against marketization, as they have learned from other countries’ experiences during the Asian financial crisis in the 1990s that financial marketization must proceed along with improvement of the risk management capabilities of the overall financial sector.

China is currently dealing with the problem of excessive debt mainly triggered by the so-called “4 trillion yuan stimulus package” announced in 2008 as an attempt to minimize the impact of the global financial crisis.

The stimulus had been effective in avoiding recession. But at the same time, it left local governments, companies and households with debts that rose sharply to a level that could pose a threat to sustainability.

Since the mid-2010s, the Chinese government has been putting top policy priority on reducing the excessive debt. But with its economic growth slowing down, the country has been slow to proceed with debt restructuring that involves pain.

The situation is worsening amid intensifying confrontations with the United States and the COVID-19 measures hitting the Chinese economy.

China’s real estate bubbles and local government debts have long been a concern, regarded as a “gray rhino” — a term used to describe financial risks that are easily recognizable and harmless at normal times but that could have a devastating impact once they become a reality.

Since 2018, the market has been shaken by a series of incidents including regional banks running into financial distress, real estate firms defaulting and local governments facing fiscal crisis.

So far, Beijing has avoided letting the gray rhino run wild. The PBOC has been calming the market by providing ample liquidity, as well as cooperating with financial regulators, financial authorities and provincial governments to offer instructions and assistance to related parties.

But the problems are interrelated, and authorities have not yet got to the root of them.

It is likely that the Chinese government will continue to face the dilemma of balancing tightening control on financial risks and facilitating marketization.

China’s moves in the arena of international finance have changed since the global financial crisis, but such actions have not been effective enough, partly due to the country’s slow deregulation of capital transactions.

The chaos of the international financial markets at the time made the Chinese government strongly recognize the instability of relying on the U.S. dollar, prompting it to change course to encourage the use of the yuan in overseas payments.

Moreover, since 2009, the PBOC has signed bilateral currency swap agreements with some 40 central banks in China’s trade and investment partner economies, mainly for the purpose of supporting the use of currencies in transactions for both parties.

Around the same time, Beijing began calling for the need to reform the international monetary system, with then PBOC Gov. Zhou Xiaochuan suggesting the International Monetary Fund (IMF)’s special drawing rights (SDRs) should be given greater roles, including functioning as a widely accepted means of payment in international trade and financial transactions.

In 2013, Chinese President Xi Jinping proposed the establishment of the Asian Infrastructure Investment Bank to respond to demands in Asia for funds to build infrastructure, and China led the bank to start operations in 2016 as its largest shareholder.

Such developments are often mentioned at summit meetings along with China’s Belt and Road initiative, giving the international community the impression that the moves reflect Beijing’s political intentions to strengthen its sphere of influence.

However, senior officials of the PBOC and the Chinese Finance Ministry in charge of international finance have not given any indication through their remarks that they are aiming at challenging the U.S. dollar hegemony.

This is likely because of the huge gap in the circulating power of the dollar and the yuan.

According to the Society for Worldwide Interbank Financial Telecommunication (SWIFT), the yuan’s share of worldwide cross-border payments in March was only 2.2%, compared with 41.1% for the dollar.

While more countries have been adding the yuan to their official foreign exchange reserves since the Chinese currency was added to the SDR basket in October 2016, it occupied only a 2.8% share of the overall reserves reported by 149 countries and reserve holding entities as of the end of 2021, compared with 58.8% for the dollar.

The yuan’s low share is apparently attributable to China’s strict regulations regarding capital transactions and limited use of the currency.

On the other hand, China has been promoting the digitization of financial services in recent years. The move is believed to be aimed at improving the efficiency and user-friendliness of financial transactions, strengthening the country’s global financial power and securing a leadership position in making new international rules.

The PBOC states in “Progress of Research & Development of E-CNY in China,” a report on the digital yuan released in July, that although the digital yuan is technically ready for cross-border use, it is still designed mainly for domestic retail payments at present.

At the same time, the report says the PBC will actively respond to the initiatives of the Group of 20 and other international organizations on improving cross-border payments and explore the applicability of the digital currency to cross-border scenarios, based on the results of their demonstration experiments.

It is also important to look at how Japan and China should cooperate in the field of finance.

It is necessary to create a financial environment which enables companies and investors from both countries to use each of their markets freely and safely.

Currently, in addition to China’s regulations on capital transactions, its instability arising from factors other than the economy is becoming something of a bottleneck.

However, it is also true that the ties between the two countries’ economies are deepening.

Since 2005, much of Japan’s current account surplus has been made up of primary income balance — financial flows from transactions between residents and nonresidents related to income from labor, direct investments, portfolio investments and other investments.

The data for the January-September period of last year shows that out of Japan’s current account surplus of ¥13.7 trillion, goods trade surplus was ¥2.3 trillion and the net balance of primary income was ¥16.4 trillion, while the country posted a service trade deficit.

The figures on investment incomes show that, on the whole, the U.S.-Japan relationship is much wider and deeper than China-Japan relations. But the situation differs according to companies and investors, and we can’t ignore the fact that China’s presence as Japan’s primary investment destination has increased sharply in the last decade or so.

If Japan and China can build a strong foundation of mutual trust, capital transfers between the two countries will increase further.

To start with, it is necessary to construct or improve a system to guarantee smooth foreign currency remittances and a transparent and fair dispute settlement mechanism for financial transactions.

And we should have high expectations for China, which is close to becoming a high-income country, with its gross national income per capita currently exceeding $10,000.

Considering the amount of financial capital being accumulated in Asia, there is a fair chance that Tokyo, Shanghai and Hong Kong will develop together as mutually complementary markets by making use of each of their characteristics.

Moreover, Japan and China, which have particularly large financial markets, should cooperate to bring together the views of Asian countries in international financial rule-making so that their voices are reflected in the new rules.

In making new rules, it is important that various market participants including governments of countries in Asia exchange opinions and information from different perspectives.

Both Japan and China have actively provided such opportunities. If they work together to call on other market participants, they should be able to make achievements more effectively.