In Vietnam, growth at the expense of the environment

This article was initially published in French in Le Monde newspaper on 18 February 2022, as part of a series of monthly columns on Asian economies. The original article can be found here: https://www.lemonde.fr/idees/article/2022/02/18/au-vietnam-la-croissance-aux-depens-de-l-environnement_6114275_3232.html 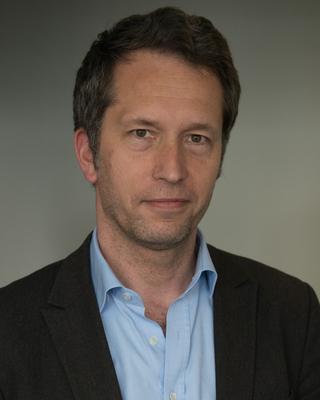 Vietnam's spectacular economic growth has resulted in dramatic increase of CO² emissions, without the country's modernization really mitigating the problem, observes Sébastien Lechevalier, in a column for "Le Monde".

This finding seems to contradict the optimistic scenario according to which, after a certain threshold of development, the negative impact of growth on the environment would decrease thanks, among other things, to an improvement in productive efficiency, via foreign direct investment (FDI).

This scenario has been the subject of numerous studies... with varying results, depending on the countries and periods studied. The case of Vietnam is therefore particularly interesting to try to validate it or not.

Economic growth in Vietname since 1986 has led to a sharp increase in fossil fuel consumption and CO² emissions, both of which have increased 15-fold, compared to a "mere" 9-fold increase in gross domestic product. This growth has benefited from the massive inflow of foreign direct investment, which increased by a factor of 250 between 1986 and 1987 and then by a factor of 1,500 between 1987 and 2019!

Should we continue to believe that FDI, encouraged by financial openness and trade liberalization, will eventually help reduce the negative effects of growth on the environment through the import of foreign technologies, or should we limit it, at the risk of slowing growth? This is the dilemma facing the government.

To answer this question, two Vietnamese economists, Duc Hong Vo and Chi Minh Ho, analyze the evolution, between 1986 and 2018, of the relationship between GDP per capita and CO² emissions, distinguishing between short- and long-term effects, breaking down energy consumption into two categories (fossil and renewable), and studying the impact of FDI on the environment.

In summary, they show that environmental degradation tends to increase (not decrease) as the country becomes richer. Moreover, while FDI helps to slow this process in the short term, this is not the case in the long term. Indeed, if more efficient technologies reduce pollution, the increase in production subsequently erases this advantage.

Finally, the study confirms that fossil fuel consumption has strong negative effects at all levels of development, especially since FDI does not by itself promote the energy transition. These results clearly argue for active government intervention in two directions.

On the one hand, by selecting foreign investment projects not only on financial, technological and employment criteria, but also on ecological criteria - which is already the case since a major ecocide in the Ha Tinh region, where the discharges of a Taiwanese group's steel plant caused massive mortality of local marine fauna.

On the other hand, the government must promote a faster energy transition to reduce dependence on fossil fuels. Indeed, the current goal is to reach a two-thirds share of renewable energy (mainly hydroelectric, but also solar and wind) in the energy mix by 2030.