【Aging, safety net and fiscal crisis in Japan】No.326:Despite the increase in the number of people infected with COVID-19, consumption activities are on the rise.

The fifth wave of COVID-19 began prior to the Olympic Games, which is set to begin on July 23, 2021, and the government issued the fourth state of emergency on July 12. However, many people no longer seem willing to refrain from going out despite the state of emergency. This is also reflected by the fact that nominal consumption expenditure per household in April and May 2021, which was in the middle of the fourth wave of COVID-19, increased by more than 10% compared to the same month of the previous year (Figure 3). Furthermore, due to vaccination delays and the large flow of people, it is feared that the fifth wave will be quite large. 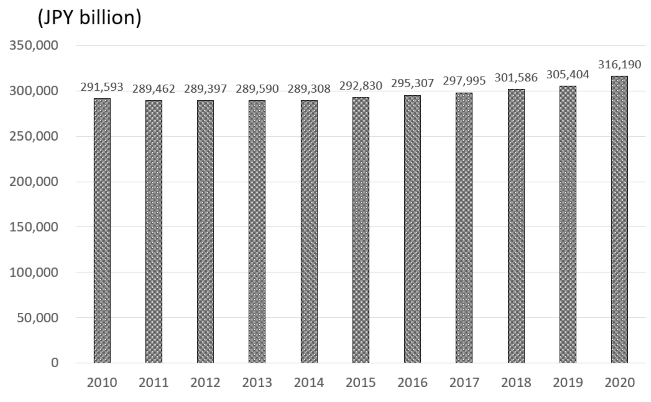 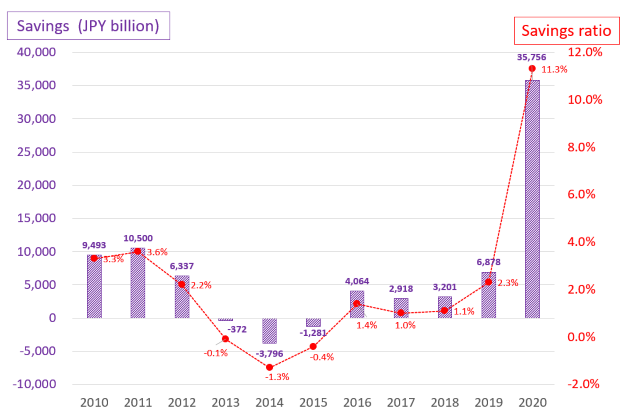 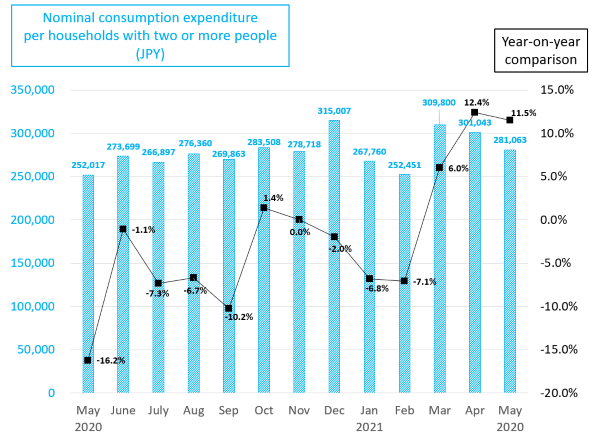