【Aging, safety net and fiscal crisis in Japan】No.323:Regional financial institutions are being forced to undergo structural reforms due to population decline

The government has been conducting a census every 5 years since 1920. The most recent results of the 2020 census, which were announced in June 2021, showed that the population of Japan decreased by 868,177 over the last 5 years (-0.7%) (from 127,094,745 as of October 2015 to 126,226,568 as of October 2020). While Japan has experienced an era of depopulation since 2008, the concentration of people in metropolitan areas has continued. For example, as shown in Figure 1, the population of Tokyo increased by 4.1% from 13,515,271 in October 2015 to 14,064,696 in October 2020. The population of Saitama, Chiba, and Kanagawa prefectures, which are adjacent to Tokyo, also increased by more than 1% throughout the same period. The population of Aichi and Osaka prefectures, which are metropolitan areas like Tokyo, has also increased. In contrast, the six prefectures of Hokkaido, Aomori, Iwate, Miyagi, Akita, and Yamagata, which are located in the northern part of the Japanese archipelago, have experienced the highest levels of population decline. Most notably, the rate of population decline in Akita was 6.2% during this time. 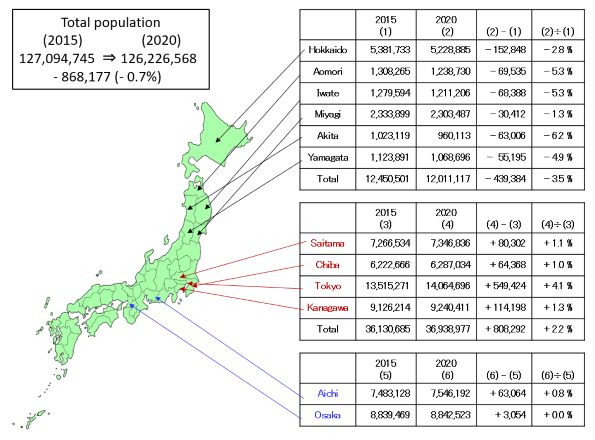 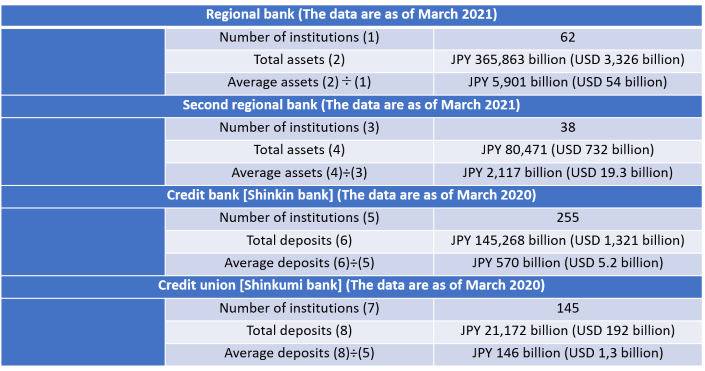