【Aging, safety net and fiscal crisis in Japan】No.322:Japan has failed to meet its policy target for generic drug use

Increasing the proportion of generic drugs in prescription medicine to reduce healthcare expenses has been a major issue in health system reform. To achieve this policy’s goal, the government planned to raise the use ratio of generic drugs to more than 80% by 2020. Although the figure has steadily increased from 39.9% in September 2011, it only reached 78.3% by September 2020, meaning that the goal could not be achieved by the end of 2020.

According to data released by the Ministry of Health, Labour and Welfare, there are two reasons for this failure. First, the use ratio of generic drugs in university hospitals was as low as 72.7% in March 2020 (Figure 2). Second, there are large regional disparities in the use ratios; In fact, among the 47 prefectures, 13 did not achieve the target of 80%.

As a result, the Ministry extended the timeline of achieving the 80% use ratio to March 2024, and secured JPY 120 billion (USD 1.1 billion) in subsidies for dispensing pharmacies in FY2021. However, even if the ratio is raised from 78.3% to 80%, only JPY 20 billion (USD 0.18 billion) of medical expenses are saved. Therefore, the Ministry of Finance claims that the FY2022 budget will not allow for this subsidy. 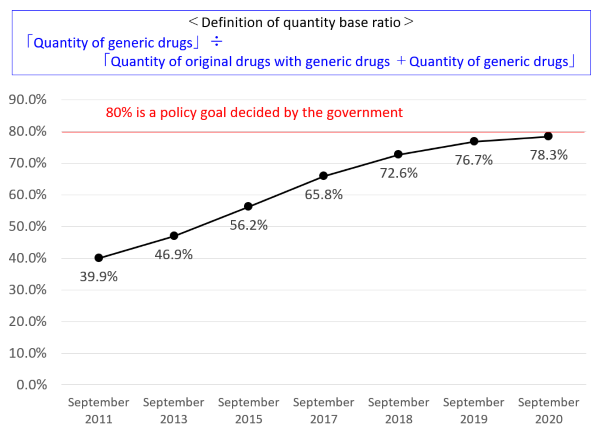 Figure 2: Quantity base ratio of generic drugs by type of healthcare organization 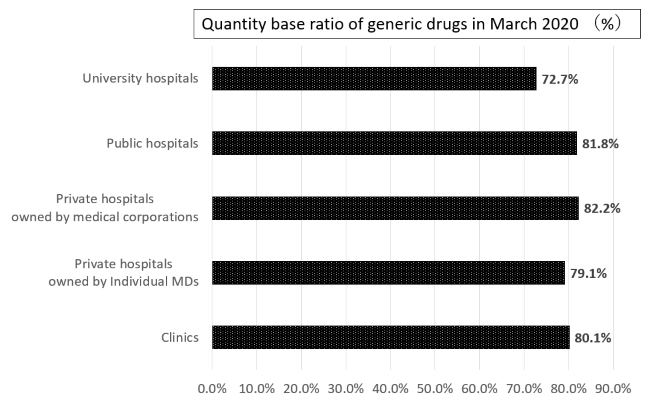