【Aging, safety net and fiscal crisis in Japan】No.321:The number of missing people has decreased during the COVID-19 pandemic

According to a report released by the National Police Agency in June 2021, the number of missing people in 2020 was 77,022, which is the lowest figure since the National Police Agency began collecting these data in 1956 (Figure 1). The decrease of 9,911 from 86,933 in 2019 is due to the decrease in the number of people missing for reasons other than dementia (from 69,454 in 2019 to 59,457 in 2020). This is likely because people have refrained from social activities and have spent more time at home during the COVID-19 pandemic. 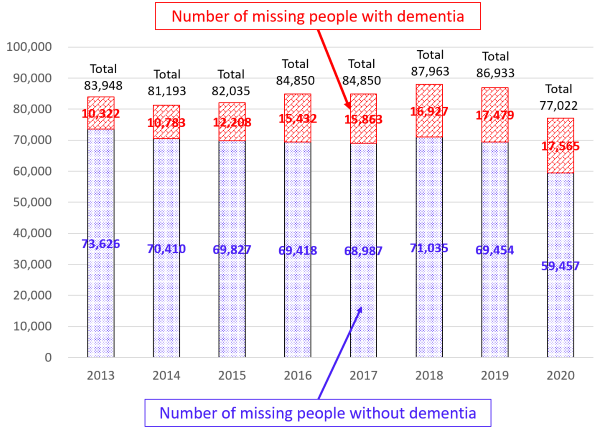 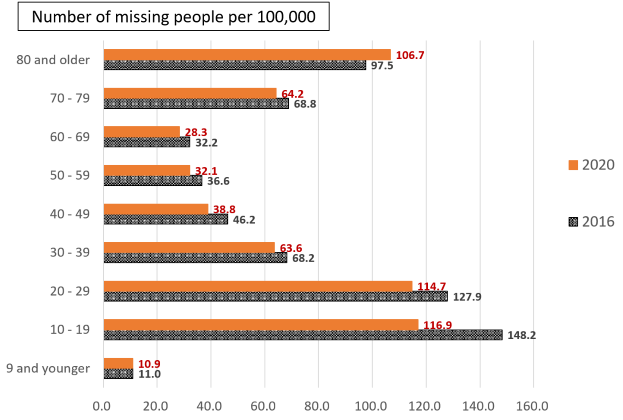