【Aging, safety net and fiscal crisis in Japan】No.318:The supply of pharmacists exceeds the demand in 2020

The pharmacist system study committee, which was established by the Ministry of Health, Labour and Welfare, released a report on June 16, 2021 that estimated the future supply and demand of pharmacists. The ministry surveys the number of pharmacists every two years. As shown in Figure 1, this figure more than doubled from 150,627 in 1990 to 311,289 in 2018. This exponential growth can be attributed to the establishment of new pharmacy departments at universities. The number of pharmacy departments has increased from 46 in 2002 to 77 in 2020. As a result, their enrollment capacity also increased from 8,200 to 13,050 in the same period.

Figure 1 Pharmacist in supply and demand forecast（Scenario A） 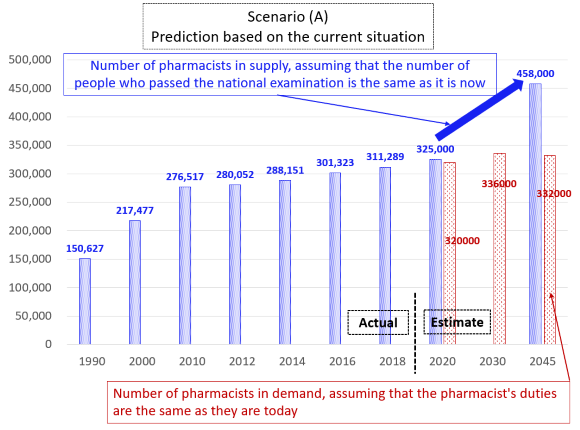 Figure 2 Pharmacist in supply and demand forecast（Scenario B） 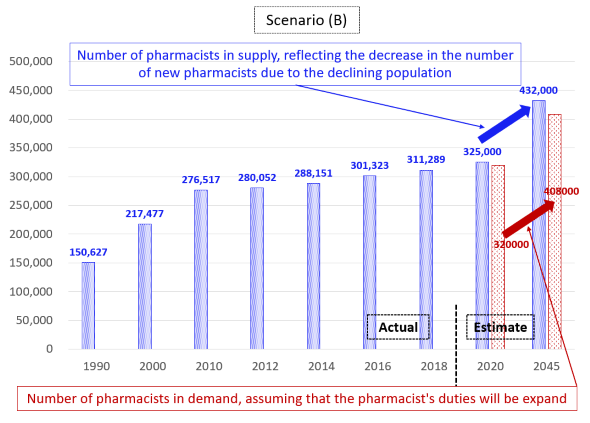