【 Column Series: “How Do Foreign Experts View the Indo-Pacific?”】; The Capital of India-Japan-France Trilateral 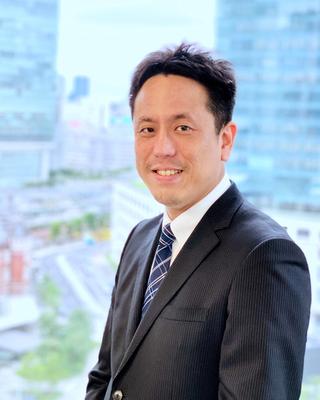 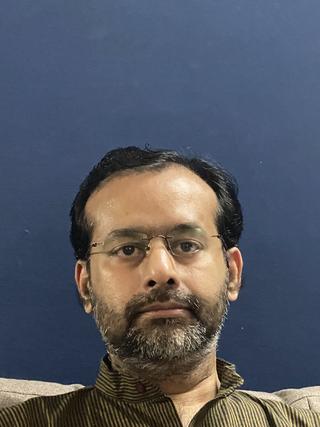 The Foreign Affairs and National Security Group has decided to publish a column series written by overseas experts who have a close relationship with the CIGS, as part of its efforts to facilitate “overseas communication and international networking.”

At the beginning of the series, Céline Pajon, who is an international research fellow of the CIGS and a researcher at the leading French think tank IFRI (Institut Français des Relations Internationales), wrote a column about France’s involvement in the Indo-Pacific region.

In the column, Pajon describes the growing attention surrounding France’s movements in the Indo-Pacific region. She reports that on April 5, a joint training session between five countries (Japan, France, the US, Australia, and India), which was organized by the French Navy, was held off the coast of the Bay of Bengal and was joined by the escort vessels of the Japan Maritime Self-Defense Force. In addition, the column mentions that in the middle of May, the first joint training session between Japan, the US, and France is scheduled to be held by the Japan Ground Self-Defense Force, the US Marine Corps, and the French Army at locations such as the Kirishima Training Area in Miyazaki Prefecture. Thus, the column presented an interesting discussion about the circumstances behind France’s proactive attitude in the region.

Similarly, Jagannath Panda, who is a part of the IDSA (Manohar Parrikar Institute for Defense Studies and Analyses), which is a think tank under the Ministry of Defense in India, wrote a column that analyzed and discussed France’s involvement in the Indo-Pacific region from an Indian perspective. From December 2018 to January 2019, Panda engaged in overseas research at the CIGS as a visiting researcher, and has since continued to research international relations in the Indo-Pacific region.

Both Pajon and Panda have been active writers in foreign academic journals and forums. However, their work is hard to find in Japan as it is written in English. As the conflict between the US and China intensifies, the various countries concerned are seeking cooperation with one another while trying to get involved in the Indo-Pacific region on the premise of using a basic strategy aimed at pursuing their own national interests. By continuing to introduce the perspectives of foreign experts in this manner, it is hoped that the columns will be used as a basis for examining Japan's policy on foreign affairs and national security.

In January 2021, scholars and policy makers from the three regional middle power states India, Japan and France came together in a virtual “Workshop on the Indo-Pacific” to explore opportunities for cooperation between the tripartite. Diplomacy in the Indo-Pacific - which has become the focal point of global geopolitics - is increasingly being shaped by mini-lateral groupings of ‘like-minded’ nations. Groupings such as India-Japan-Australia-US quadrilateral as well as trilaterals between Japan-America-India, Australia-Japan-India and India-France-Australia have emerged as critical variables shaping the peace, stability and security of the region. As middle powers that promote shared values of democracy, rule of law, and a liberal, multilateral regional order, India, Japan and France can emerge form a triangular connect that shapes the future of the Indo-Pacific.

Although a traditional European power, France has become an active Indo-Pacific actor in its capacity as a resident “state of the Indian Ocean Rim”. With 93 percent of its exclusive economic zone spanning the Indian and Pacific Oceans, and the Indo-Pacific being home to 1.6 million French citizens, the region is at the “heart of the French vision for a stable multipolar order”. Importantly, France maintains a permanent military presence in Indo-Pacific. For France, China’s rising maritime belligerence in the region therefore comes as a direct threat. As Paris looks to forge a stronger Indo-Pacific presence, building on its partnerships with regional actors - India and Japan (alongside Australia) - has become more critical.

Japan and India have long been two of France’s primary partners in Asia. With New Delhi, Paris shares a ‘Strategic Partnership’ since 1998; this partnership is characterized by broad-ranging collaborations in defence and security, civil nuclear and space domains that are recognized as the main pillars of India-France cooperation. Concurrently, both states have also cooperated in sectors such as energy and climate change (for instance, through their joint International Solar Alliance initiative) and counter-terrorism exercises. However, these areas have largely been an addendum to India-France defence cooperation.

The post-pandemic geopolitical environment has offered new opportunities for Japan, India and France to build ties while encouraging them to commit more towards the Indo-Pacific. Tackling the COVID-19 pandemic as well as developing deeper cooperation in areas such as health, infrastructure and technology have emerged as points of discussion between Japan and France too. Committing to a ‘Free and Open Indo-Pacific’ have equally emerged a strategic convergent points that one could notice in Prime Minister Yoshihide Suga and French President Emmanuel Macron’s leadership outlooks. 2018 marked the celebration of the 160th anniversary of diplomatic ties between France-Japan; the two countries are bound by an “exceptional partnership” which focuses on promotion of security, innovation and culture.

India, Japan and France are maritime democracies that promote same ideals of rule of law, democracy, adherence to UNCLOS and international rules-based order. Cooperation in multilateral domains such as the G7 and the G20, as well as France’s support for permanent membership of both India and Japan to the United Nations Security Council (UNSC), has further strengthened ties. Further, India and Australia are member states —and France, the United States and Japan are dialogue partners— of the Indian Ocean Rim Association (IORA), which is increasingly focused on building better maritime economies. As a result of its overseas regions, France has the second-biggest marine zone on the planet; the significance of Blue Economy is hence pivotal for Paris (as well as for India and Japan).

Third-country cooperation promises to be one of the most sustainable and prominent areas for a Japan-India-France trilateral. New Delhi’s entry as an observer in the Indian Ocean Commission (IOC) provides scope for a stronger synergy. With Africa connectivity being progressively imperative to all three countries, considering China’s steadily expanding presence in the African landmass, the IOC offers a platform for France to solidify its position with African states. Macron has been attempting to reset France’s challenging ties with its former colony Africa –in 2017, he declared the end of “Françafrique” (a Parisian strategy of exerting economic, political and military pressure on its erstwhile colonies) —especially as the continent remains vital to France’s oil and commodity imports. This can also likewise support the “Platform for Japan-India Business Cooperation in Asia-Africa” as a vital piece of India and Japan’s joint Indo-Pacific connectivity ambits; France has already announced massive infrastructure focused deals in Africa such as a €2 billion transport contract in Kenya.

Apart from third-country cooperation, an India-Japan-France trilateral is likely to focus centrally on maritime security. India, Japan and France all recognise the importance of securing the Indian Ocean trade route and sea lines of communication (SLOCs) connecting Europe, Middle East and Asia. Yet, the Indo-Pacific maritime domain has come under increasing conflict due to China’s expansionist and belligerent regional policies. Most recently for example, the Chinese coast guard has been empowered as a military organisation under the new law that equips it with extra-territorial powers against foreign vessels and constructions. Simultaneously, China has increased its intrusions in the contested East and South China Seas and intensified its military capabilities in the Indian Ocean. Amidst China’s growing power projections here, it has become vital for the like-minded states to collaborate for the stability of the region.

The maritime domain is already a critical aspect of the India-Japan partnership through regular bilateral (JIMEX) and multinational (Malabar) naval exercises as well ascoast guard cooperation; Japan also signed the Acquisition and Cross-Servicing Agreement (ACSA) with India - following a similar pact with France. India and France have conducted joint naval exercises in the Indian Ocean Region (IOR) since 1983 that were renamed ‘Varuna’ in 2001. In fact, France has long held strategic interests in the IOR under its ambitions to be a “middle power with global outreach”. This has created the groundwork for all three countries to deepen three-way defence collaboration. Furthermore, all three states took part in the France-led La Pérouse naval exercises (5th-7th April 2021) alongside the US and Australia - making it somewhat of a Quad plus France venture. La Pérouse serves as further expansion to building better interoperability manoeuvring between France and the Quad, presenting an added dimension of cooperation for the India-Japan-France tripartite.

The imperative for an India-Japan-France trilateral is further drawn on the potential for the three states’ collaboration in forming alternative global supply chains that allow them to reduce their economic dependence on China. As France (and Europe at large) attempt to recalibrate their supply chains to diversify risk in the post-pandemic period, there exist extensive scope for India-Japan-France cooperation within the newly formed Supply Chain Resilience Initiative (SCRI), which India and Japan lead alongside Australia. Paris has long been frustrated by China’s lack of reciprocity in their economic agreements. In fact, calling for a united EU to face Beijing’s global aspirations and aggressive tactics, France has refused to participate in the Belt and Road Initiative (BRI), despite President Xi Jinping’s attempts to persuade France.

Importantly, as members of the G20 and amidst their domestic focus on digital technologies for sustainable growth and societal integration, India-Japan-France can contribute in setting international norms and standards on technology and the digital economy. This can expand to cooperation on emerging technologies. Here, the three states can lead smaller Indo-Pacific littoral states; they can also act as aid providers for building critical digital infrastructures and launching innovative advanced tech projects in developing and underdeveloped states in the region. In particular, as the US and China enter an increasingly heated technological competition, the India-Japan-France tripartite can come together as middle powers to shape the future of global digital governance. Critically however, this would require New Delhi to reassess its own stance on issues like privacy to find common ground with France and Japan - which already share considerable alignment on many aspects as part of the Budapest Convention.

Despite being in different geographies, India, France and Japan therefore share several common interests in the Indo-Pacific, which only accentuates the need for cooperation particularly in zones of maritime security and connectivity. As the India-Japan, Japan-France and India-France bilateral synergy grows, it becomes more important for the three states to expand their dialogue and collaborations to a trilateral framework that better serves their needs and interests. An India-Japan-France triangle can pave the way for a stronger continental connect between Europe and Asia, and therefore be a value addition to safeguarding the region and strengthening a middle power posturing amid great power competition.

*Dr. Jagannath Panda is a Research Fellow and Centre Coordinator for East Asia at the Manohar Parrikar Institute for Defence Studies and Analyses, New Delhi. Dr. Panda is the Series Editor for Routledge Studies on Think Asia.