【Aging, safety net and fiscal crisis in Japan】No.306: Suicides in Japan have increased due to COVID-19, whereas they have reduced in the United States

The number of unemployment benefit recipients in Japan has increased since June 2020 due to the prolonged stagnation of economic activity caused by COVID-19. This increase was most significant during the third wave of the pandemic, rising from 478,480 in January 2021 to 582,288 in February 2021 (Figure 1). Although Prime Minister Suga was criticized for saying that there is a livelihood protection system in place as a last resort for unemployment, the number of livelihood protection benefit recipients decreased from 2,068,638 in January 2020 to 2,049,630 in January 2021.

The number of suicides instead of recipients of livelihood protection benefits has been increasing . As shown in Figure 2, the number of suicides from July 2020 to February 2021 exceeded the figures for the prior months. It is believed that this is due to the increase in the number of people who have lost their jobs due to COVID-19, and have endured difficulties. When the pandemic began, there were concerns regarding the expected increase in the number of suicides within the United States. However, according to provisional data from the National Center for Health Statistics and the National Vital Statistics System, the number of suicides actually dropped from 47,511 in 2019 to 44,838 in 2020. The reasons for this may include the increased unity and support among people, which is often seen during wars and catastrophes, as well as the effects of mental care provided by telehealth services. In Japan, politicians’ explanation of measures against the pandemic has been ambiguous, and there has been little support for telehealth, as explained in Column No. 305. 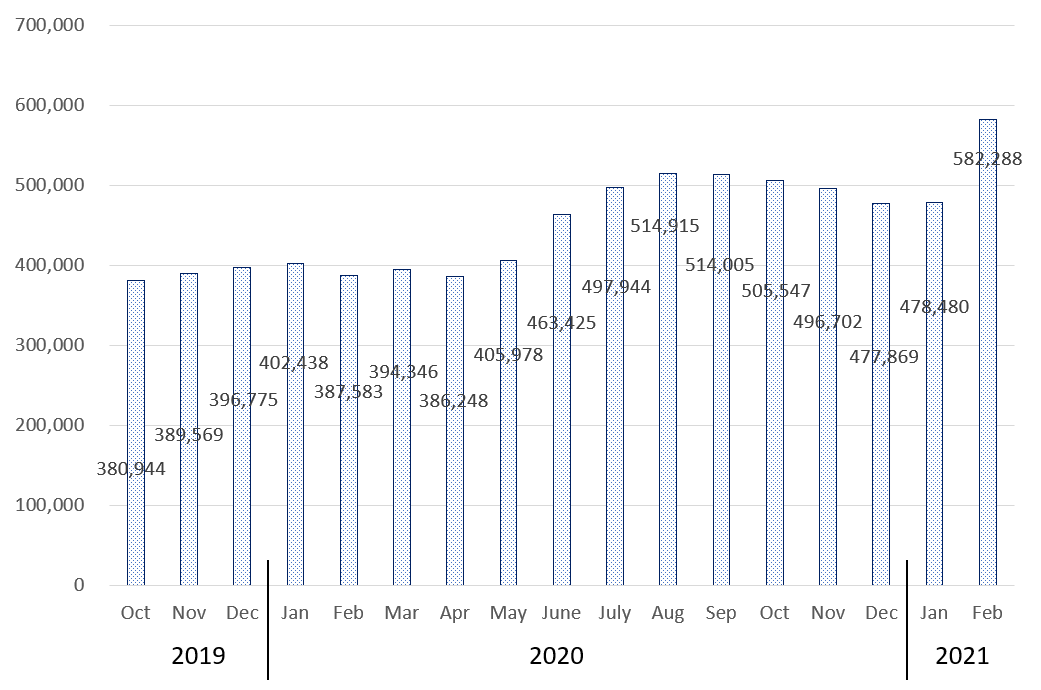 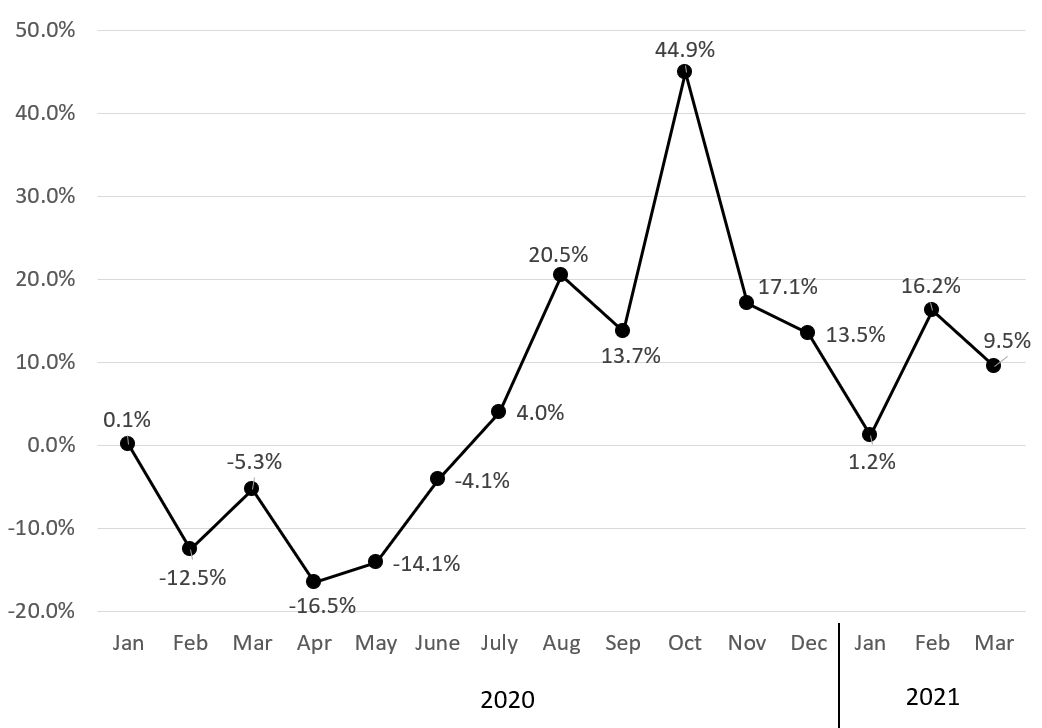