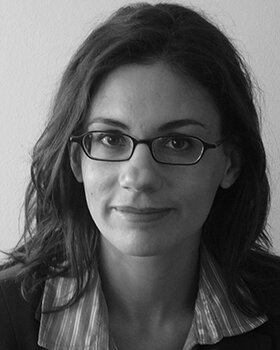 The Foreign Affairs and National Security Group has decided to publish a column series written by overseas experts who have a close relationship with the CIGS, as part of its efforts to facilitate “overseas communication and international networking.”

At the beginning of the series, Céline Pajon, who is an international research fellow of the CIGS and a researcher at the leading French think tank IFRI (Institut Français des Relations Internationales), wrote a column about France’s involvement in the Indo-Pacific region.

In the column, Pajon describes the growing attention surrounding France’s movements in the Indo-Pacific region. She reports that on April 5, a joint training session between five countries (Japan, France, the US, Australia, and India), which was organized by the French Navy, was held off the coast of the Bay of Bengal and was joined by the escort vessels of the Japan Maritime Self-Defense Force. In addition, the column mentions that in the middle of May, the first joint training session between Japan, the US, and France is scheduled to be held by the Japan Ground Self-Defense Force, the US Marine Corps, and the French Army at locations such as the Kirishima Training Area in Miyazaki Prefecture. Thus, the column presented an interesting discussion about the circumstances behind France’s proactive attitude in the region.

Similarly, Jagannath Panda, who is a part of the IDSA (Manohar Parrikar Institute for Defense Studies and Analyses), which is a think tank under the Ministry of Defense in India, wrote a column that analyzed and discussed France’s involvement in the Indo-Pacific region from an Indian perspective. From December 2018 to January 2019, Panda engaged in overseas research at the CIGS as a visiting researcher, and has since continued to research international relations in the Indo-Pacific region.

Both Pajon and Panda have been active writers in foreign academic journals and forums. However, their work is hard to find in Japan as it is written in English. As the conflict between the US and China intensifies, the various countries concerned are seeking cooperation with one another while trying to get involved in the Indo-Pacific region on the premise of using a basic strategy aimed at pursuing their own national interests. By continuing to introduce the perspectives of foreign experts in this manner, it is hoped that the columns will be used as a basis for examining Japan's policy on foreign affairs and national security.

Let’s face it: while there are growing expectations for a French and European enhanced engagement in the Indo-Pacific, when Europeans step up their commitment, or express their willingness to do so, they are often met with disdain, on the ground that they would not make a big difference in front of China. Is that really so?

If it was the case, Chinese official media would not react so strongly to moves such as the passage of a French nuclear-powered submarine (SSN) in the South China Sea last February and the incoming dispatch of a German frigate and a UK aircraft carrier in the area, or the trilateral France-US-Japan amphibious exercises planned in May in a Japanese remote island. Nor it would disregard announcements about an EU Indo-Pacific policy, soon to be published.

To be sure, France (and Europe)’s approach to the Indo-Pacific is not about targeting one country but rather to maintain the stability in the region by upholding a multilateral rules-based order (especially at sea). Indeed, the French Indo-Pacific strategy, unveiled in 2018, reflects a strategic reassessment of the region. Some of France’s major trade and security partners are located there, the safety of the maritime routes linking Europe and East Asia is key to its economic security and the Indo-Pacific is the primary locus of the Sino-American strategic rivalry that will shape the future world order. In addition, France is a resident power in the region, maintaining territories both in the Indian Ocean (Islands of Mayotte and La Réunion…) and the Pacific (New Caledonia, French Polynesia…), with 1.5 million citizens living there and in other countries in the region (approximately 200,000 people) and more than 90% of its large EEZ (9 million km²) located in the two oceans. France maintains a military presence of 8,000 personnel to take care of this vast area. Therefore, France’s engagement in the Indo-Pacific is not a mere rhetorical posture, but a concrete commitment reflecting important concerns about its core national interests and identity, pertaining to sovereignty, values and diplomatic status.

At the same time, France’s Indo-Pacific strategy is also clearly motivated by China’s rise – Macron itself repeatedly warned against the risks of a Chinese hegemony – and has elements of a hedging approach vis à vis Beijing. The French Defense Strategy in the Indo-Pacific thus describes the expansion of China as a destabilizing factor, shifting the balance of power, challenging democratic values and triggering strong security concerns.

Therefore, France is willing to send strong signals on the importance to uphold the rule of law and discourage any violation of the rules-based order, including by China. Accordingly, Paris supports the strict application of the United Nations Convention for the Law of the Sea (UNCLOS) and is keen on actively demonstrating its commitment to the Freedom of Navigation because tolerating unilateral coups de force in the China seas could encourage similar moves closer to Europe. Thus, while not taking sides on sovereignty matters, Paris has consistently sent its ships to the South and East China Seas in recent years, through the passing of the Jeanne d’Arc mission or the surveillance frigates based in New Caledonia. In June 2019, the aircraft carrier Charles de Gaulle was dispatched to Singapore during the Shangri-La Dialogue. The French Minister of the Armed Forces, Florence Parly, then promised that French vessels would sail at least twice a year in the South China Sea and will continue upholding international law in a “steady, non-confrontational but obstinate way.”

Sending ships in the area is crucially important: it might not change the balance of power, but it sends a powerful message in support of UNCLOS. This solidarity is certainly crucial for Japan and other like-minded countries in the region as it helps discouraging unilateral attempts to change the status quo by force. In addition, France plays a role of a convening power to help foster the regional cooperation among like-minded partners – An objective shared by Japan. Paris has been very proactive to encourage other Member States and the EU to design their own Indo-Pacific approach. France is also working closely with local partners such as India, Australia and Japan to coordinate views and ensure maritime security. Trilateral discussions are now developing out of these parallel partnerships, and while Paris is still reluctant to formally join the Quad, it is holding its La Pérouse joint naval exercises with the four Quad partners for the first time this April. Finally, France, as well as the EU, is deepening its relations with ASEAN countries while contributing to build their maritime capacity, just as Japan does. French and European inclusive visions for the Indo-Pacific are convergent with ASEAN’s approach and may explain why the EU emerged as one of the most trusted partners for these countries.

It is quite natural that priorities are not always aligned between European countries and Japan in the Indo-Pacific. These differences should be acknowledged to prevent any misunderstanding or expectation gap, but by no mean they should be an excuse to play down the merits of a European commitment in the Indo-Pacific. Actually, Tokyo also needs the EU to keep a tough stance vis à vis Beijing, especially on issues like values and human rights. Indeed, Japan itself cannot afford to antagonize China too much on this, as it could expose Tokyo to a dangerous backlash.

At the end of the day, France and Europe’s engagement in the Indo-Pacific makes sense and makes a difference. It can even become more meaningful and efficient when their strategic partnerships with Japan and other like-minded partners go full steam. For this to happen, Tokyo also needs to reflect on its expectations towards its European partners.