The article was originally posted on Monthly ENERGY FORUM No.760 in April, 2018 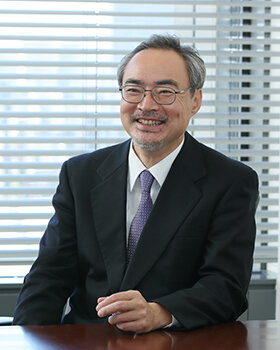 1. The oblique approach for the global warming: target at technology development

Global warming is a "wicked problem." There is agreement amongst international governments to set temperature targets and emission targets, but implementation is proving difficult. Governments, forever exposed to tradeoffs between other agenda such as the economy and security, cannot maintain a stable policy. Forcing emission reductions would bring unwanted consequences, and public resistance.

"Wicked problems" need to be dealt through "oblique approaches." Namely, the promotion of technological innovation that enables large scale emission reductions without significant or, ideally, any additional cost. The current barrier to emissions reduction is the high cost of mitigation technologies. With lower costs or even cost advantages, nations would not face difficulty in implementation, which would lead to trouble free emissions reductions. Almost all environmental issues, such as air and water pollutions, that have been tackled successfully were solved in this manner.

2. The oblique approach for the mitigation technology: target at general technology

How, then, should the innovation of mitigation technology be promoted? We cannot afford huge waste such as the promotion of photovoltaic generation using feed-in-tariffs or similar subsidies. Investment in applied technology, such as photovoltaic generation, has a limited positive ripple effect in inducing innovation of other various technologies, but a significant negative effect because of the increased cost of electricity.

Government should promote a better business environment for such innovations to happen. Technologies to mitigate global warming can then arise as their ripple effects. Keeping electricity costs low, so as not to obstruct economic growth is one of the crucial conditions for such dynamics to take place.

In addition, investment in basic R&D of mitigation technology may be the government's role as an active intervention. For example, the government can procure supercomputers and provide them at low cost for material research. However, care should be taken since governments are not always successful in picking up winners. At first glance, the proposition, that innovation of technology can be delivered by governmental research and development programs, may look heroic. But, it is not always the case.

Meanwhile, there are surly works that only the government can do and should do. In the face of rapid innovation in general purpose technologies, the government should do the ground work of reforming various societal institutions before they become outdated. They range from legal adjustments for self-driving vehicles, regulatory change to enable free education through e-education, to legal reform that allows remote medical check-ups, and so on.

The oblique approach above is neither novel nor unproven as an economic policy. We have mastered it already as economic liberalism. Our government does not command and control in most occasion, but it lets the private sectors spontaneously grow and innovate. The key role that should be played by the government is to adjust institutions to the evolution of private sectors in time.

But would these doubly oblique approaches yield results of sufficient significance to deal with the problems of global warming?

I believe the answer is yes. The progress of general purpose technologies will mostly dictate the progress of mitigation technologies and emissions reduction. It is, admittedly, hard to foresee the timing for this progress, but in a decade or two, most mitigation technologies will have become much cheaper, and countries will face no problem in implementing them. With this progress, greenhouse gas emission will be significantly reduced.